This article walks through how to use Apple’s Instruments tool to diagnose memory issues in an iOS application built with Xamarin. It demonstrates how to launch Instruments, take heap snapshots and analyze memory growth. It also shows how to use Instruments to display and pinpoint the exact lines of code that cause the memory issue.

This page demonstrates how to use Xcode's Instruments tool to diagnose a memory issue in an iOS application. First, download the MemoryDemo Sample and open the before solution in Visual Studio for Mac.

In this case, a new image is created and stored in a collection for each cell, nor are the existing collection view cells being reused.

It is possible to resolve these issues and rerun the application through Instruments.

By declaring a single instance at the class level, the image can be reused and the cell object can be reused from an existing pool instead of being created every time, as shown below:

Now, when the application is run, memory usage is greatly reduced -- the Growth between generations is now measured in Kib (kilobytes) rather than MiB (megabytes) as it was before fixing the code: 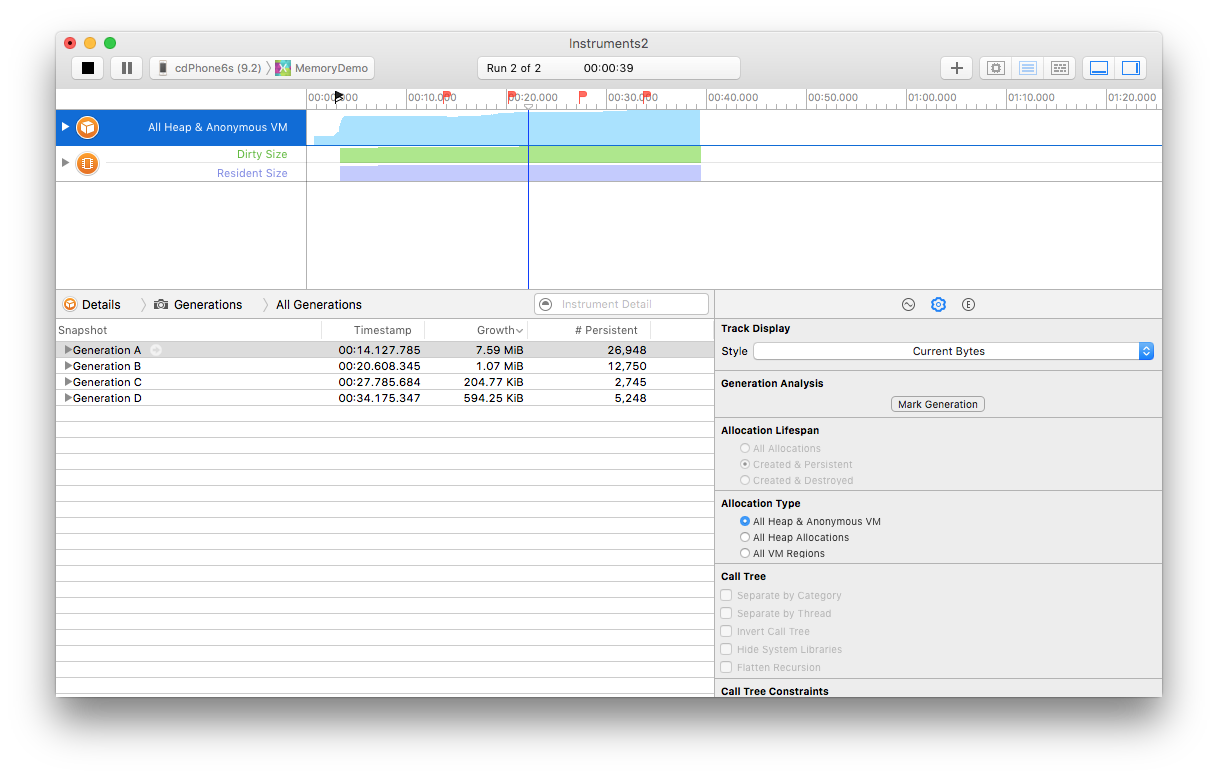 The improved code is available in the MemoryDemo Sample in the after solution in Visual Studio for Mac.

The article Xamarin.iOS Garbage Collection is a useful reference for dealing with memory issues with Xamarin.iOS.

This article demonstrated how to use Instruments to diagnose memory issues. It described how to launch Instruments from within Visual Studio for Mac, load the memory allocation template, and step use snapshots to pinpoint memory issues. Finally, the application was re-examined to verify the problem was corrected.