You can add multiple approvers for both pre-deployment and post-deployment settings. These approvers can be individual users or groups of users. These users must have the View releases permission.

When a group is specified as an approver, only one of the users in that group needs to approve for the deployment to occur or the release to move forward.

The creator of a deployment is considered to be a separate user role for deployments. For more details, see Release permissions. Either the release creator or the deployment creator can be restricted from approving deployments.

If no approval is granted within the Timeout specified for the approval, the deployment is rejected.

Use the Approval policies to:

For information about approving or rejecting deployments, and viewing approval logs, see Create a release, View the logs for approvals, and Monitor and track deployments.

Notifications such as an email message can be sent to the approver(s) defined for each approval step. Configure recipients and settings in the Notifications section of the project settings page. 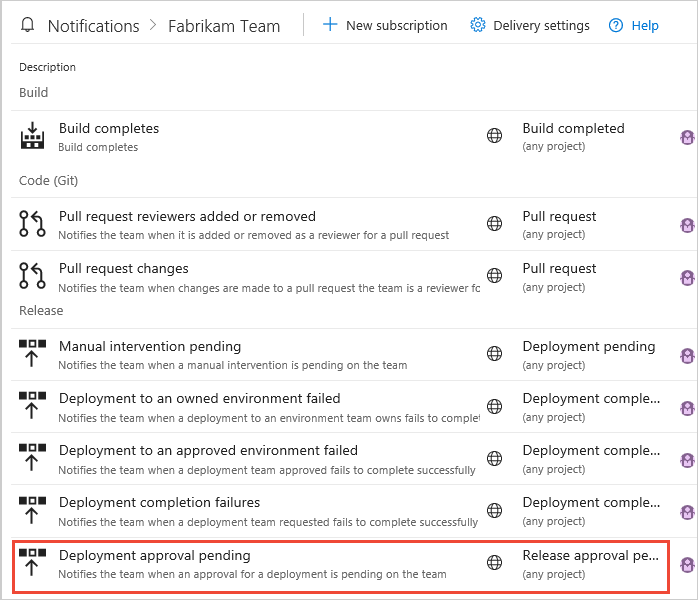 The link in the email message opens the Summary page for the release where the user can approve or reject the release.