Version 1.73 is now available! Read about the new features and fixes from October.

Python in a container

In this tutorial, you will learn how to:

If you don't have a Python project already, follow the tutorial Getting started with Python.

Note: If you want to containerize a complete Django or Flask web app, you can start with one of the following samples:

Note: For this tutorial, be sure to use the tutorial branch of the sample repos.

After verifying your app runs properly, you can now containerize your application.

Add Docker files to the project

(Optional) Add an environment variable to the image

This step is not required, but it is included to help you understand how to add environment variables that need to be set in the container's environment.

The Docker Extension helps you author Dockerfiles by using IntelliSense to provide auto-completions and contextual help. To see this feature in action:

For more information about setting and using environment variables in the Dockerfile, see the ENV instruction and Environment replacement section in the Docker documentation.

Build, run, and debug the container

The Docker: Add Docker Files to Workspace... command automatically creates a Docker launch configuration to build and run your container in debug mode. To debug your Python app container:

The Docker extension will launch your browser to a randomly mapped port: 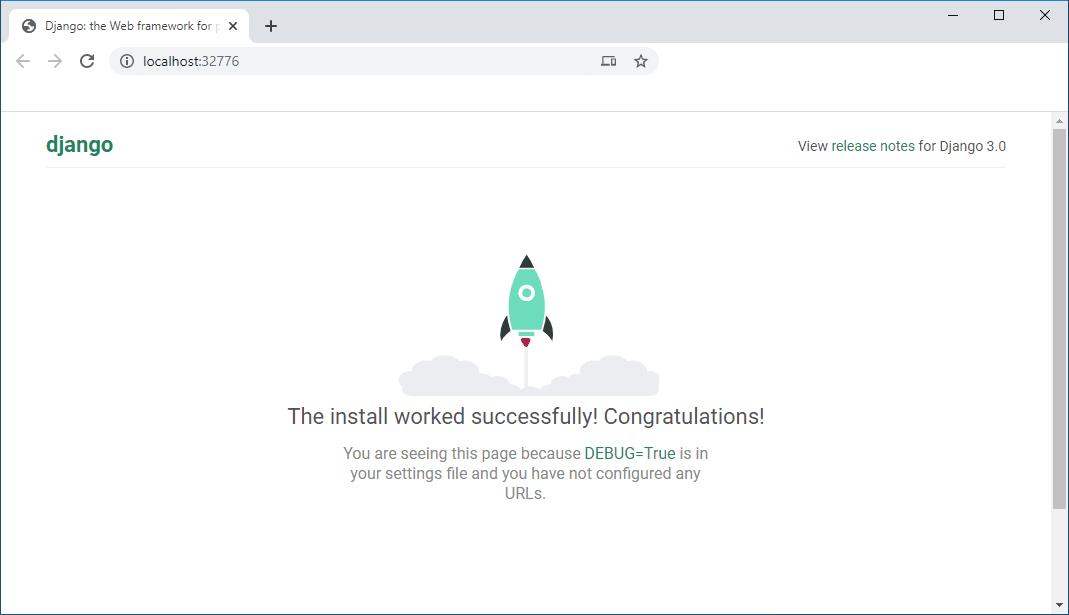 Tip: To modify your Docker build settings, such as changing the image tag, navigate to .vscode -> tasks.json under the dockerBuild attribute in the docker-build task. Use IntelliSense within the file (⌃Space (Windows, Linux Ctrl+Space)) to display all other valid directives.

Use the Docker Explorer

The Docker Explorer provides an interactive experience to examine and manage Docker assets such as containers, images, and so on. To see an example:

Build the image in Azure

You can use the command Azure Container Registry: Build Image in Azure to build an image that you can then deploy to Azure App Service.

The process of building the image might take a few minutes. You can track progress in the terminal. If you encounter an error (Error: failed to download context.), try using the Refresh option on the container registry and then request another build. Before rebuilding, manually delete the old image.

Congratulations, you've used Python in VS Code to create an deploy a web site that's hosted in the cloud and live on the internet!

In the Azure portal, delete the Resource Group to free up all resources that you created during this exercise.

You're done! Now that your container is ready, you may want to: